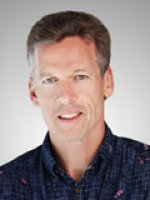 Steve founded Diamond Head Financial Advisors in 2009. Prior to founding Diamond Head Financial, Mr. Connell worked as a partner with the Capital Group Companies until 2007. He joined Capital in 1994, relocated to Japan in 1996, and managed up to $5 billion investing in the global electronics industry from Japan where he gained a reputation as a semiconductor industry expert. Mr. Connell was the top-ranked analyst at Capital in 1999. In 2006 he was distinguished for having outperformed one of his benchmark indexes for five years in a row. Mr. Connell’s biggest investment success at Capital was a 20-fold profit from the company’s $1 billion investment in Samsung Electronics in 1998.

Mr. Connell holds an MBA from the London Business School (1994) and a BA degree in Government from Harvard University (1981).